The list of dog training commands is actually quite lengthy but it would be unreasonable to expect any one animal to perform all of them.

The types of commands a pet owner chooses would be based on several factors but most importantly, the breed and any work the animal does. In other words, specific obedience commands would be essential for high-energy breeds such as the Yorkshire terrier whereas a dog involved in shows, field trials, herding, and so on would be taught different or additional commands.

Keep in mind that there are certain commands that all dog breeds should be taught. Known as obedience training, this simply provides a foundation of expectations on which both owner and pet can build. With obedience training, an animal would learn dog training commands such as “sit”, “stay”, “lie down”, and perhaps “heel”, making pet ownership a more enjoyable experience. Beyond this, a dog owner could choose other commands if wanted. 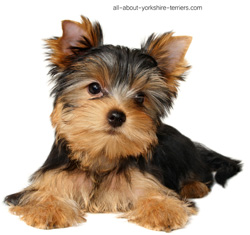 Regardless if the breed is large or small, docile or assertive, or used as a companion versus working dog, the commands addressed in this article should be considered by all pet owners. A common misconception is that smaller breeds pose no risk and are easy to control. While a smaller breed would be easier to control than a larger breed simply because of size, even small dogs to include the Yorkshire terrier can still bite, jump, scratch, and show destructive behavior.

However, if the right dog training commands are taught while still a puppy, bad behaviors can be prevented. Of course, there is no reason that an adult dog cannot be taught these same commands, whether to learn a new command or as a refresher for things already known.

The following are dog training commands that every pet owner should consider, regardless of breed.