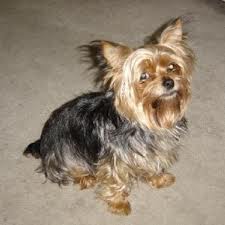 Hello, my name is Felicianne,

I remember a day he chased a Rottweiler for several blocks. I believe he was trying to protect me. He has been with me since he was 6 weeks old . I have had nothing but joy from him. He has always been in good health. Very active. I think he trained himself. He picked up things fast. No vet. bills other than normal shots.

I thought I had lost him about 5 years ago. I was at my Mother’s. I had just came back from TN. and was staying in my Mother’s upstairs bedroom while looking for a new job. When I had returned home and went upstairs to get Maxy, to take him out for a potty walk he was no where to be found.

I saw a opening at the side of the A/C in the window, the only way out. I took off running down the stairs so fast. Afraid of what I was going to find. But when I got to the outside of the house where the window was, Maxwell was no where to be found. I could not find him anywhere in the house but then, the door to the stairs to go down to the main part of the house was closed.

My daughter and grandchildren came over to help me look for him. We went block after block down the allies. He was no where to be found. All we could do is look. Under bushes and under anything that he might have crawled into. Because you see my Boy was blind and deaf. He went blind few years before, and deaf shortly there after. So no hollering or calling his name was going to be of help.

My daughter called the pound. Dogs had been brought in, however it would be the next day before we could find out anything.I didn’t sleep at all that night. All I could think about is my baby out in the cold Blind and Deaf. He had on his little sweater but I fear that that wasn’t going to keep him warm. When morning came I was at the pound. Of course it would be another hour before they would open. I set by that door till they come in the door.

My Boy was there. Would you believe he was there no broken bones nothing wrong other than he was dirty and his poor hair was a mess. They had no Idea he was blind. But my boy was alive and to have fallen out of the second story of my Mother’s house.

God just knew I wasn’t ready to lose him. Well he since then has lost most his hair, and all his teeth.

He still was getting around really well, and he has his poodle brother who still comes over to see him play with him.
However the last couple of days he has not been up out of his bed much. When he is he is not steady on his legs.

He as only taken in some water. So he is not eating. I found him with his eyes matted closed this morning. I took and gave him a bath trying so to be carful of his now thin skin.

His eyes are spilling out pus. and he is not opening his eyes. I have cleaned them the best I can. I put him in the little red & blue sweater, the one he wore the day he fall out of that window.
I haven’t put him in it in hopes it will keep him alive again for me. Just a reminder that he as a little Yorkie, has always been there for me no matter what he as gone thru to do so.
Now all I can do is be there for him. I know I could take him in to the Doctor. However I’m sure they would tell me to put him down. He does not appear to be in any pain. I just couldn’t sit there while they put a needle in him. I know it is his time.

I pray that the Lord takes him in is sleep. And here at home with me.

The Picture I have put in is not my Maxy. But he looks so much like my Boy. I don’t have a picture of him handy as he was in his younger days.

I tried to upload one I just took of him as he is now but it’s not working.